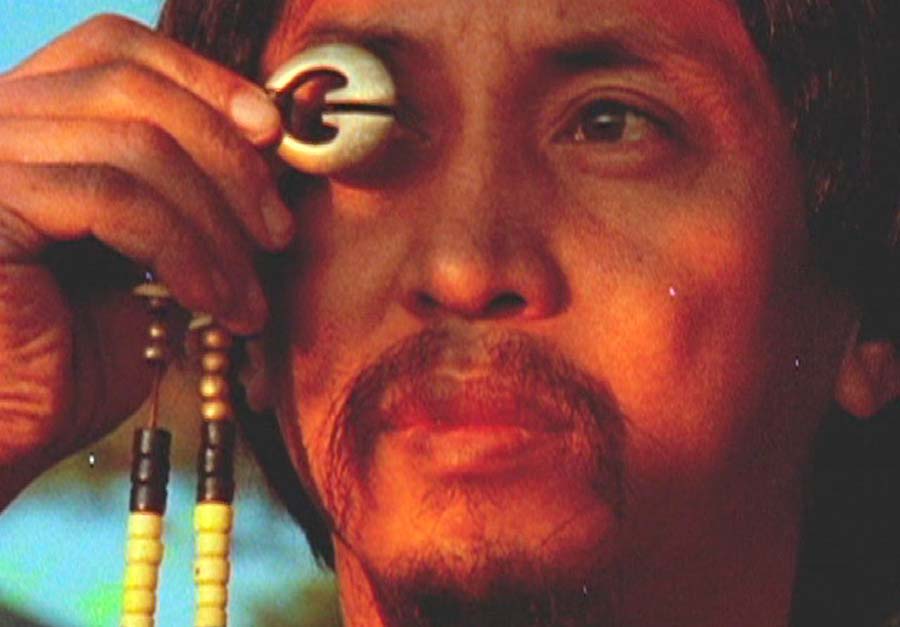 Kidlat Tahimik went to the two best schools a filmmaker could ever visit: First he studied economy in the old occupier’s nation, at Wharton School of the University of Pennsylvania (which is indeed the very some place attended by a linguistically challenged while Twitter-addicted, business-wise incompetent investor with a ridiculous hairdo now hell-bent for the bottom-spot in the historical ranking of US presidents); then he lived in a commune among film students in an exotic place called Bavaria in the south of a strange country called Federal Republic of Germany, observed what they did, and picked up the few things that to him looked useful (instead of listening to teachers telling him what’s important – information then over the years casually forgotten); in between, he worked for the OECD (Organization for Economic Co-operation and Development) in Paris, which was too depressing to stay, probably because it proved to Tahimik that the stuff he talked about in his M.A. thesis was correct; nobody wants to know that his nightmares are direct cinema. Tahimik, by the way, was back then still called Eric de Guia.

Turumba (1981), Tahimik’s second feature which is in reality his third, comes of as a grumpy comedy based on a weirder story from Tahimik’s life: the one that gets him to Bavaria. In Turumba, a capitalist bitch from West-Deutschland comes to Laguna, a province bordering Metro Manila famous for its Papier-mâché figures sold at the annual Turumba procession, and asks a family of local artisans to make Waldi-mobiles to be sold at the 1972 Munich Olympics; in reality, Tahimik himself made those trinkets and sold them well – till Black September made Waldi look… improper? (If anybody who reads this suddenly remembers that her/his grandmother/-father has a weird Waldi wind-chime wasting away in the cellar: I’ll buy it!) Which is interesting, as the Munich Olympics were in terms of merchandise and mascot value a watershed in the Game’s economic history, if only in terms of marketing, not success, for Waldi was a failure (the short version of the film, which is its de facto “original incarnation” as it was the one FRG TV commissioned Tahimik to do for the six-part series Vater Unser, is not by chance called Olympisches Gold). Turumba is possibly the most eccentric way to enter Tahimik’s utterly unique universe (and that it certainly is – not a cosmos at all!), for it is directed in a comparatively classical style and doesn’t feature the master himself on-screen; which is to say: it’s just an intelligent, somewhat quirky piece of fiction with a remarkable ethnographic surplus value.

It’s maybe because of this that Tahimik’s third film which is in reality his second, Sinong Lumikha ng Yoyo? Sinong Lumikha ng Moon Buggy? (1982), has been seen comparatively little, despite being a kind-of sequel to his debut which is really his debut, Mababangong bangungot (1977), which is not only one of cinema history’s single-most mind-blowing first films but became also an instant sensation when it screened at the Berlinale 1977, from whence it made its way into all corners of the world.

Mababangong bangungot talks about the plight of a Jeepney driver in love with the US-image he gets from incessantly listening to Voice of America; and as the land of the free and the home of the brave is also known for being the world’s only country where everybody can be everything, our Jeepney driver wants to go there tin order o become an astronaut; considering that myth had it that the moon buggy’s design was developed by a Philippino named Eduardo San Juan, this sounds less like a dream than just something to do – and anyway, didn’t he already establish a Werner von Braun-fan club in his barangay Balian? (Fact check: Eduardo San Juan worked as a technician on the moon buggy but had no hand in constructing/designing it; reality sucks.) The Jeepney driver will find his way into the overdeveloped world, if the wrong one: Paris, which proves to be THE HORROR; had he been a Japanese woman, the embassy would have flown him out diagnosed with culture shellshock (which is indeed something that was done years ago when the obatallion flooded France’s capital driven by weird romantic visions, only to find out that the locals are… different from what they had expected); being merely a Pinoy, he has to find his way home on his own. Come Sinong Lumikha ng Yoyo? Sinong Lumikha ng Moon Buggy?, and our Jeepney driver, or at least his movie presence: Kidlat Tahimik, is back in The West, but in one of its less industrialized nooks: rural Bavaria, where he’s busy building a spaceship – the shape of the local churches’ belfries makes it very clear that this is mighty fertile ground for an endeavor just like this. In general, our Innocent Abroad feels understood by the locals who enjoy saying yo-yo benevolently. The Yoyo, by the way, was indeed invented on the Philippines: like the boomerang, it’s an indigenous hunting weapon – turned since into a toy by us decadent ne’er-do-wells.

Both Mababangong bangungot and Sinong Lumikha ng Yoyo? Sinong Lumikha ng Moon Buggy? are aesthetically unlike anything so far (or since, for that matter): gaudy, dialectic, surreal, in your face – made more like building a thatched hut with branches of willows, crime-scene tape, various pieces of junk from last year’s garden sale, and pearls brought to the beach by an ama. That said: It’s maybe not quite an accident that it was in the FRG that Tahimik started making films (t)his way, for there was a climate here an artist with his instincts might find conductive; is it too much to suggest parallels with Alexander Kluge in his most whack-out period when he did dialectical trash Science Fiction-anti-epics?; to sense certain affinities with the greatest of all Bavarian AV-anarchists, Herbert Achternbusch? Or the other way around: The Philippines and the FRG showed for various not always compatible reasons great interest in each other during the Marcos years leading to a lot of cultural exchange things; and Tahimik was simply the right man at the right place at the right time.

From here on, Tahimik’s filmmaking becomes even more collage-, mosaic-like, essayistic, in that more documentary-keyed then the films so far; in fact, in the thirty-five years since the collapse of the original Memories of Overdevelopment, Tahimik finished but two essay-fleuves: Bakit Dilaw Ang Gitna Ang Kulay Ng Bahaghari (1994), a reworking of a double project called I am furious (yellow) and I am curious (pink) that concerned itself with the EDSA revolution of ’86 and its aftermath, which is woven here into a vaster tapestry where the daily life of Tahimik’s family is as important as any grand political upheaval; an aesthetic principle through which the story of Magellan’s Pinoy manservant/translator who’d become the original Gastarbeiter only to return home as the first man to have sailed once around the globe, would be brought to a (ha! ha!) finished version cheekily called Balikbayan #1 Memories of Overdevelopment Redux III (2015) – a film about how Tahimik from his stint at FRG-balikbayan-dom (for this, in some ways, was what he was) returned home and had a wonderful life doing nice things like taking care of his kids, living with and learning from the Ifugao, starting to work in wood and performance art, etc., while the world didn’t get necessarily better. The usually Japanese-co-produced shorter works created in-between and alongside these two behemoths: Takedera Mon Amour: Diary of a Bamboo Connection (1991) – for which is his totemic bamboo camera was made -, the Video-Palaro Series of diary-like shorts (since 1992), Japanese Summers of a Filipino Fundoshi (1996), and Banal Kahoy (2002), are more like accidental creations, sketches, summaries, pregnant pauses.

Tahimik has stopped making films in 1984 – since then he’s living as if reality were a film, with all of us as actors/participants, even if most of us never make it unto the big screen. But we’re there! 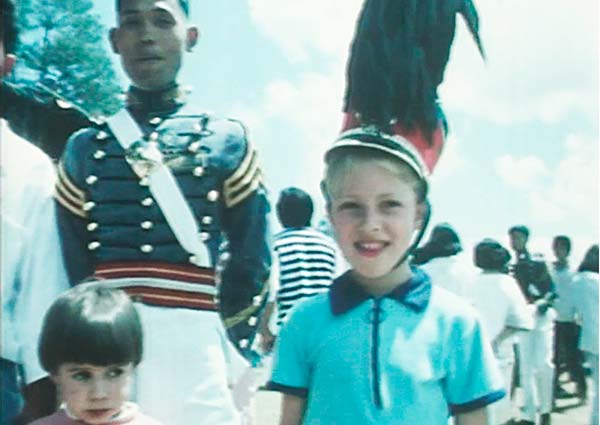 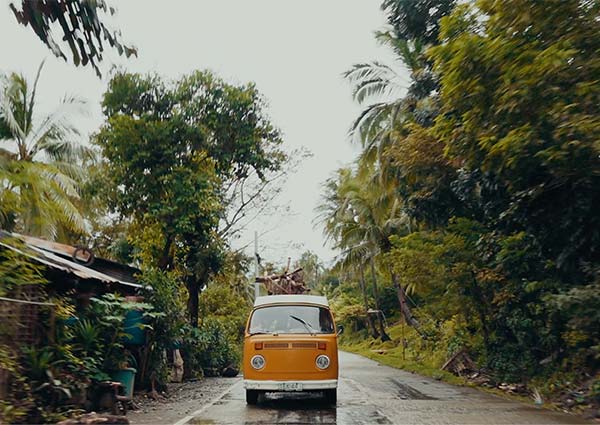 Lakaran ni Kabunyan centers on Tahimik’s son Kabayan as he relocates from his breezy, hillside hometown of Baguio to the sweaty southern metropolis of Davao in a cute orange camper van. It was originally part of the film Lakbayan (Journey), a collaboration between three legendary Philippine filmmakers that included as well Brillante Mendoza’s Desfocado (Defocused) and Lav Diaz’s Hugaw (Dirt). 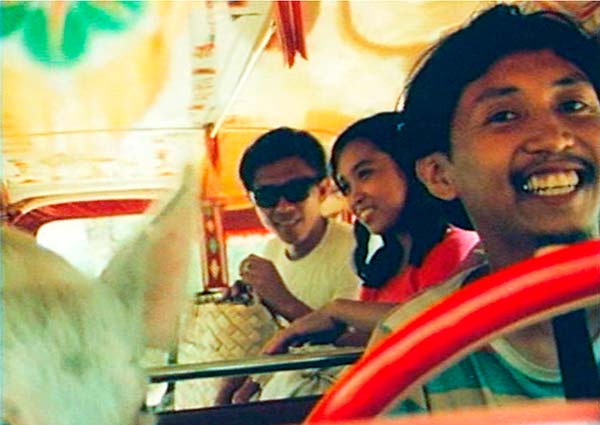 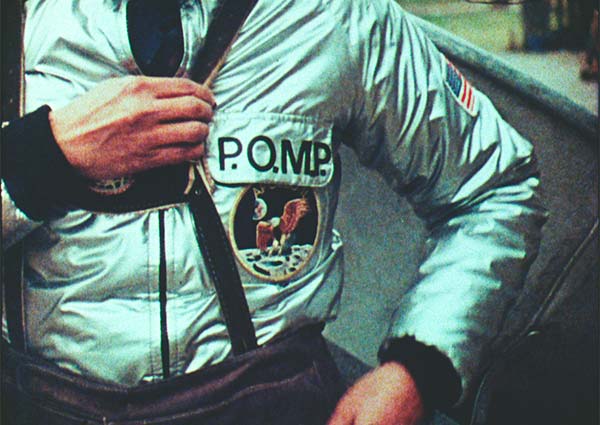 Kidlat Tahimik teams up with a bunch of kids on a Bavarian farm to work on a homemade spaceship, in order to see if one can play yo-yo on the moon. The yo-yo, as is still noted today in the dictionary, was invented in the Philippines, and so the farm near Ingolstadt becomes the birthplace of the first Philippine Official Moon Project, in short P.O.M.P. 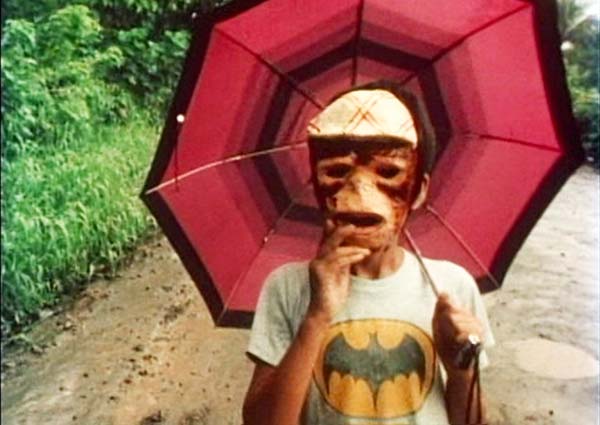