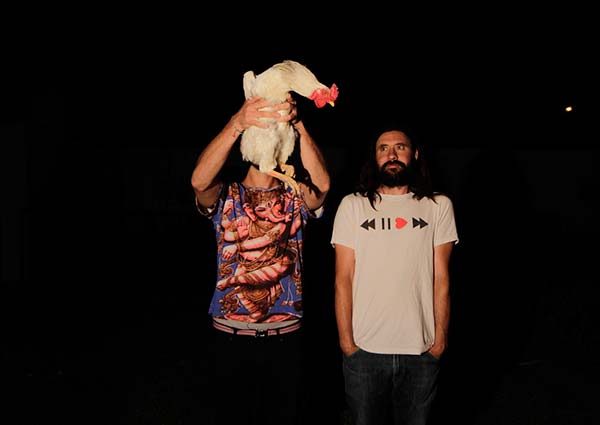 Youthless are Klimovsky Alex (drums, synthesizer and vocals), Sebastian Ferranti (bass and vocals) and Francisco Ferreira on the keys. This trio divides his time between Lisbon and London, where they recorded their first EP Telemachy, produced by Rory Attwell (Test Icicles).

The unique and unmistakable style and sound of this band has made them a reference on the London, New York and Lisbon music scene. Youthless were named “Best New Band of 2011” by the English blog ANBAD and the BBC1.

This past March presented its long-awaited album This Glorious No Age, mixed by Justin Garrish (Vampire Weekend, The Strokes, Weezer), and remixed tracks by Olugbenga, Metronomy’s bassist.