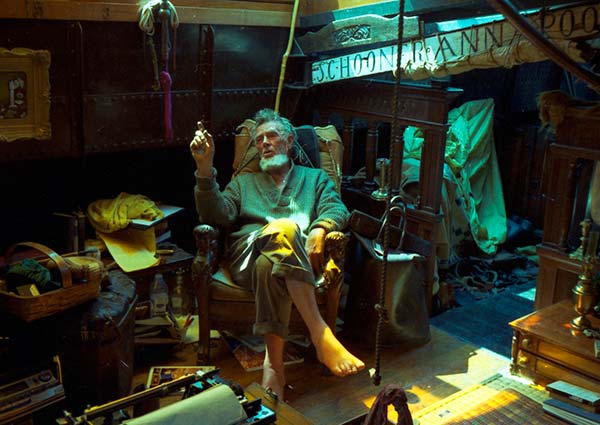 Fascinated by Sterling Hayden’s autobiography The Wanderer (1963), Wolf-Eckart Bühler spent more than a year trying to find the American actor to get his permission for a film adaptation. He finally found him in France living in a barge near Besançon. Hayden not only gave Bühler the rights of his novel, but suggested that their meetings should be filmed. This superb and poignant documentary is the direct result of these encounters, a powerful portrait of the sailor, war hero, partisan fighter, Hollywood star, communist and FBI collaborator Sterling Hayden.