Time passes as the river ﬂows through the humid lands of Central Peru’s rainforest. On the river banks of the Sepa River is a group of houses, sparse huts, a normal “rivera” village in this part of the world but what you see is not what it seems in this story. This river bank community is a prison. Sepa Nuestro Señor de los Milagros was an open air penal colony in the middle of the jungle, known as the Green Hell, where the Peruvian Government sent its most dangerous criminals as the ultimate form of punishment.

Sepa, Nuestro Señor de los Milagros is the name of an open air penal colony created in 1951 by the Peruvian Government within the national eﬀort to colonize the Amazon territories by promoting agricultural practices amongst inmates in a 37.000 hectares piece of land in the jungles of Central Peru. The 1987 documentary directed by Walter Saxer is the only window into this experimental penal colony in Peru, which no camera has ever entered and little has been written about. The penal colony was closed in 1993 even though one single inmate remained to ﬁnish his sentence there until 2003. Today this land is used to raise cattle by the Peruvian National Penitentiary Institute (INPE).

The ﬁlm begins with the violent live broadcast of a dramatic mutiny of a prison in Lima, El Sexto, where uprising inmates take and kill hostages, outcrying their demands to be recognized as humans in the terrifying conditions that the state prisons create. The dry lands surrounding Lima are quickly left to enter the lush landscapes through rivers and forests that lead to El Sepa. Here inmates are free to walk, free to bring their families, free to dance and cook together. Some, damaged by drugs and the abuse received in other prisons are able to regain their humanity. An American inmate claims Sepa is an example for the entire world on how prisons should be organized. But Sepa and the people who live in it are forgotten by the rest of the country and the systemic corruption of the institutions creates a quiet sense of despair heightened by the diﬃculty of the jungle terrain.

The film, the filmmaker Walter Saxer and the man behind the words that narrate this story, the Peruvian Nobel laureate Mario Vargas Llosa, reﬂect on the condition of the inmate, the institution of prisons within society and the discrepancy there is between the idea that originally was behind this open air penal colony and its actual reality. But the ﬁlm doesn’t provide solutions; if anything the ﬁlm poses questions and lets the life in this strange place forgotten by the world speak for itself. 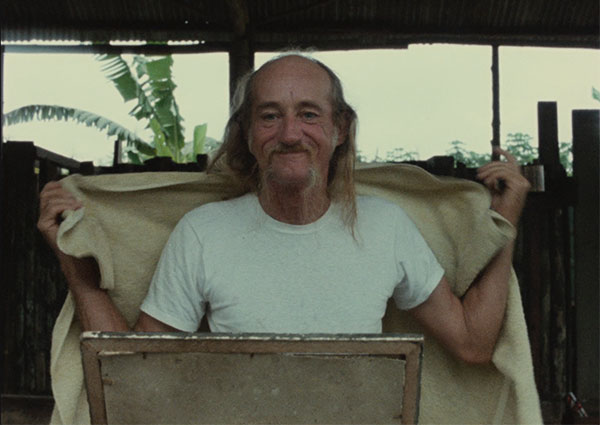