“The Whole World is Watching!”, the rallying cry of protesters at the 1968 Democratic convention in Chicago, was intended as a message to television viewers watching the violent suppression in full view of the cameras.  A cry against the government and police to remind them they were being seen, judged and indicted by any reasonable person who could not tolerate the beating of unarmed students by those wearing helmets and wielding clubs. A cry meant to shame.  Many cannot be shamed.

So for every American cringing at the bloodshed, another was condoning it.  And however they chose to cloak themselves, “silent majority” or “law and order”, the fear had a base belief, as Jelani Cobb clearly identified in a 2016 New Yorker piece entitled “Donald Trump, Chicago and The Lessons of 1968”: “the simmering white resentments that emerged in the late nineteen-sixties, animated by the belief that the federal government had become tool of the redistribution of wealth into the hands of underserving black and brown communities”.  It was at the end of this decade that a young New York real estate Robber Baron in-training came of age.

The sentimental miseducation of Donald Trump owes to a very particular outer-borough childhood of a specific time: 1970’s New York of Governor Nelson Rockefeller, and of perceived liberalism run amok.  The time when those who had struggled began to forget the struggles of others, the accelerated dehumanization of anyone in need of “assistance”, and the institution of policies meant to keep groups of people firmly on the bottom of American life.  A time so thoroughly manipulated as to still serve as the foundation of fear for which so much modern conservatism is a reaction towards.  A history re-written to ignore those who suffered and heroize those who made re-made the city into their own image: prosperous, for those of means.

It was also a time of active resistance, as seen in a labor strike in Charleston, South Carolina (I Am Somebody) and a building occupation in the then ungentrified Northside of Williamsburg, Brooklyn (People’s Firehouse #1), yet which even in victory have been erased from consciousness by decades of misrepresentation, and most fundamentally, capitalism.  Events intentionally obscured to have their truth forever cast in doubt (the Attica prison rebellion), and misappropriated to negatively inform a world view that is anti-poor, anti-labor and anti-community.

At present, the most successful film in New York is Raoul Peck’s I Am Not Your Negro. It is breaking house records at theaters across town and reminding, or introducing, audiences to the greatest of American writers, the Harlem-born James Baldwin.  What this makes clear is that there is a desire, a need, to hear a voice that is truthful and eloquent, but also impatient and angry, whose words and deeds can, did, and will continue to shame the hitherto unshameable.

Stations of the Elevated, photographed in 1977, shows the peak time of New York’s demonization.  A national campaign to cast New York as unsavable and a long-con by Trump and many other real estate developers to use the city’s depression for their own ends. What Trump could not have known then was that his demonizations and cons would not only dupe politicians for tax breaks, but spark a revolution that would put him in the White House.  For now.

Here is what else Trump doesn’t know: Stations ends with a subway car rumbling towards the sun set to Aretha Franklin’s chants of “Hallelujah!” and I Heard It Through the Grapevine ends with Baldwin, after being threatened during a speech, declaring “I am telling you this: it no longer matters what you think!  The doctrine of white supremacy on which the western world is built has had it’s hour, had it’s day, it’s over!”

Perhaps one more hour still, but not more than that. 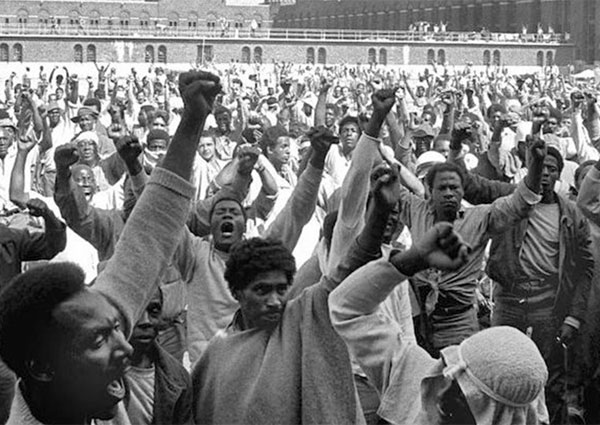 Social unrest in the United States hit a boiling point on September 9, 1971, when inmates at Attica State Prison — after months of protesting inhumane living conditions — revolted, seizing part of the prison and taking 39 hostages. The uprising resulted in the death of 43 people after troopers were called in to suppress the rioters. Unavailable for 33 years, Attica still is a sobering and revealing look into the heart of American justice, weighing the costs of institutional dishonesty and abuses of power against the price some will pay to retain human dignity. 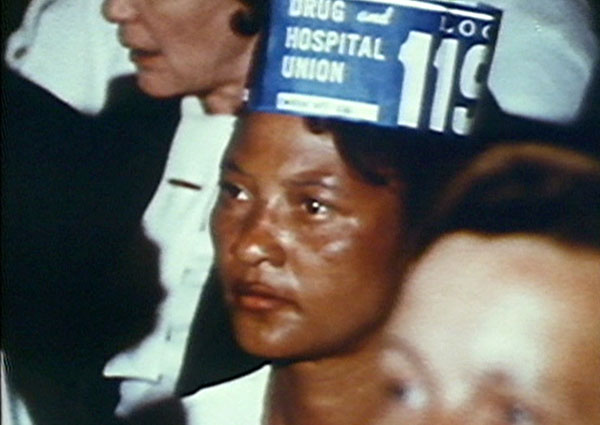 A documentary record of the 113-day strike by members of the National Union of Hospital and Nursing Home Employees in Charleston, South Carolina during the Spring of 1969. The film explores the struggles of these low-paid, Black, and mostly female hospital workers to achieve economic justice, dignity and self-respect. 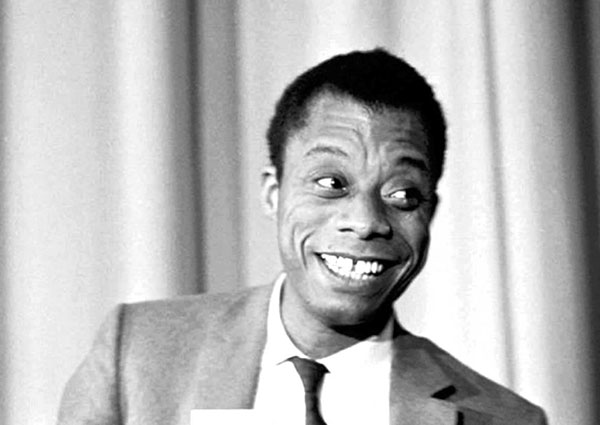 I HEARD IT THROUGH THE GRAPEVINE

James Baldwin retraces his time in the South during the Civil Rights Movement, reflecting with his trademark brilliance and insight on the passage of more than two decades. From Selma and Birmingham, and Atlanta, to the battleground beaches of St. Augustine, Florida, with Chinua Achebe, and back north for a visit to Newark with Amiri Baraka, Baldwin lays bare the fiction of progress in post–Civil Rights America—wondering “what happened to the children” and those “who did not die, but whose lives were smashed on Freedom Road.” 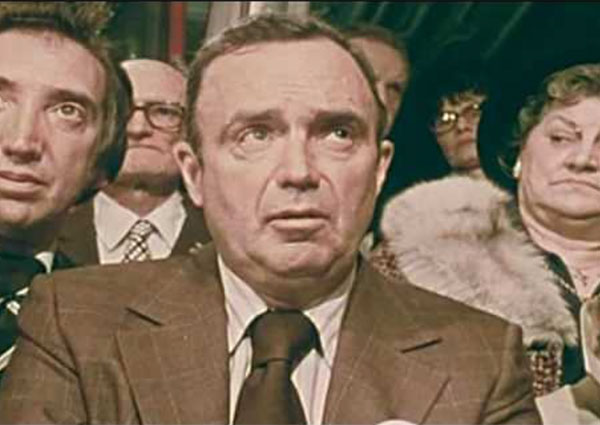 “We’re making our point to the whole United States: you can fight the system; and win!”. The Polish Americans of Northside, Brooklyn realized their community was under attack by the city bureaucracy: schools, hospitals, and other services has been closed or cut back and the neighborhood had began to decay. The closing of the local firehouse was the last straw. 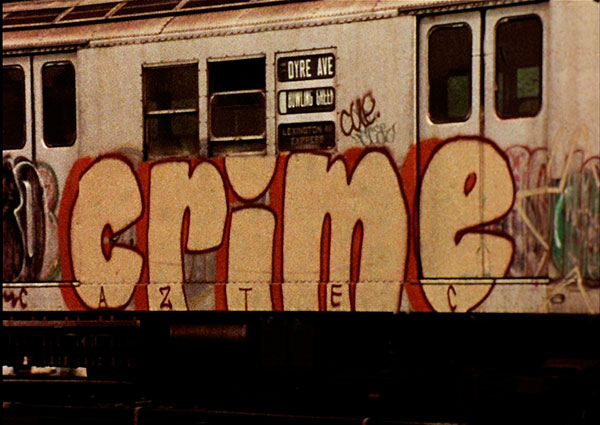 STATIONS OF THE ELEVATED

The earliest filmed document of graffiti, Manfred Kirchheimer’s richly chromatic city symphony sets images of northern Manhattan to a soundtrack that interweaves ambient city noises with the gutbucket gospel squall of jazz titan Charles Mingus. Long regarded by cinephiles and hip-hop heads as an obscure cult masterpiece since it premiered at the 1981 New York Film Festival, Stations of the Elevated is a celebration of a quintessentially urban art form—at a time when it was largely dismissed as vandalism.