Day One: two extreme examples, two polar opposites in their approach to the same subject, to the description of the same world, to the same society: Polynesia.

An extraordinary example of the attitude of the documentarian:

Robert Flaherty (1884-1951) was the true founder of documentary filmmaking with his Nanook of the North (1922) and the indisputable forefather of the whole tradition of capturing reality as it really is. Together with his wife on the island of Savai’i in the Samoan archipelago, he filmed Moana (the name of the film’s male protagonist), while living alongside the local inhabitants in order to immerse himself into their way of life, from April 1923 to December 1924.

An extraordinary example of the attitude of the creator of fiction:

The result was Tabu, filmed in Bora Bora and Tahiti, in French Polynesia, between January and October 1930.

Although Samoa and Tahiti are 1500 miles apart, both films depict the same type of society and the same cultural milieu. This is, then, a unique case in the history of cinema: two films by two of the greatest filmmakers, which offer contrasting visions, making, on the one hand, a radical use of documentary film and, on the other, an equally radical use of fiction, while being concerned with similar characters and settings. This material, then, could be said to be tailor-made, almost deliberately commissioned, for this seminar’s reflection on the differences and similarities between these two approaches to filmmaking and all that they entail: from the ways in which creativity is employed to the relationships between the characters and film-crew, narrative construction, the use of cinematographic resources (photography, editing, etc.) and everything else that we can think of.

Day Two: Hatari! is a unique masterpiece, because although it is a fictional film, the images vary markedly, one might almost say dialectically, between documentary sequences of the hunting of wild animals in different locations in Tanzania and truly fictional sequences. The director, Howard Hawks (1896-1977), had always been very interested in integrating elements of reality into his films when his characters’ work involved dangerous and spectacular activities. Hatari! is the culmination of his documentary recreation, whose milestones also include The Crowd Roars (1932, motor racing), Tiger Shark (1932, tuna fishing) and Red River (1948, cattle driving).

In this session, we will study the structure and construction of the film. In particular, we will consider how, with a masterly touch worthy of the great composers of music, Hawks organizes the alternation between the documentary and fictional sequences, in order to create the chronology, the succession of events present in every film, and then to turn this into a mathematically arranged narrative. This is based on life’s own rhythms, on the natural alternation of night and day, and is structured by the alternation between the tension of the documentary hunting sequences and the melodic peacefulness of the fictional characters’ interactions. 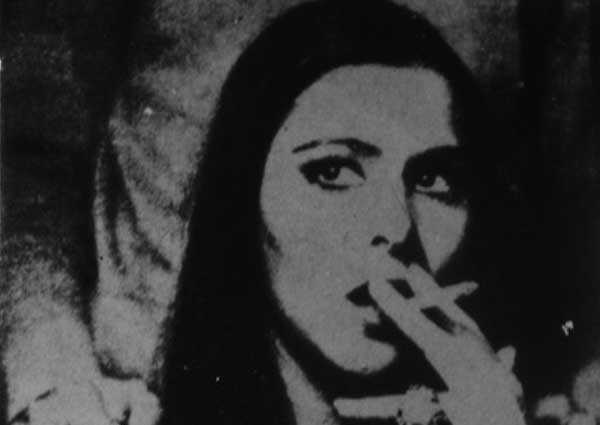