Tui International Film Festival, Play-Doc, will present the premiere of Bruce Weber’s most recent film, Nice Girls Don’t Stay for Breakfast, starring the legendary actor Robert Mitchum
Bruce Weber will be at the fifteenth edition of Play-Doc, to be held from April 3rd to 7th in Tui, to present his most recent film in Spain (2018), whose world premiere happened in the last edition of the Venice Film Festival.The prestigious American photographer and filmmaker will also present at the Galician festival his acclaimed Let’s Get Lost (1988) about the jazz musician Chet Baker, and  Broken Noses (1987), his first feature film centered on the lightweight boxer Andy Minsker.
Known for his outstanding work in the world of fashion, with iconic campaigns for brands such as Calvin Klein, Bruce Weber has turned his cinematic work into not only an extension of his thematic and aesthetic concerns as a photographer, greatly widening the scope of his artistic endeavors.  The three films shown at the festival are three fascinating portraits of exceptional beauty but also full of complexities and painful contradictions. Together they form a kind of trilogy in which Weber immerses himself in the myths of masculinity. 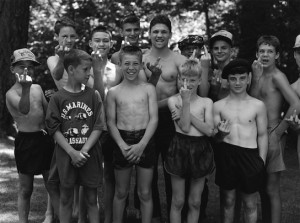 Broken Noses (1987) tells the story of Andy Minsker, a professional lightweight boxer and former champion, and his small boxing club for kids in Portland, Oregon. The film traces Andy’s frustrated career with the U.S. Olympic Boxing Association, his fights in Las Vegas and his training of the young men, many of whom belong to dysfunctional families. Raised in a broken home himself, Minsker dedicates his time to help the kids he has almost adopted as his own sons, trying to become the role model he never had when he was a boy. In this moving debut film, beautifully shot and with a soulful jazz soundtrack, Weber deconstructs the myths of masculinity by exploring the notion of macho. 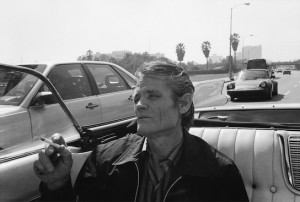 In Let’s Get Lost (1988) Bruce Weber accompanies Chet Baker in what would be the last year of his life. Baker’s struggles with addiction and the complicated later years of his life are contrasted with earlier versions of Baker, the golden boy of jazz with the James Dean looks who had what looked like a very bright future ahead of him. ‘He was bad, he was trouble and he was beautiful’’. The film combines archival footage and candid interviews with Chet Baker, musicians, friends, battling ex-wives and his children in what turned out to be the last year of his life. Winner of the 1988 Critics Prize at the Venice Film Festival and nominated for an Academy Award, Let’s Get Lost is still the finest jazz documentary ever made about one of the greatest jazz legends of all times. 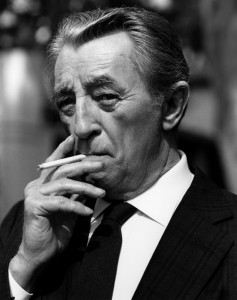 In the late 1990s, photographer and filmmaker Bruce Weber managed to convince Robert Mitchum to appear before his camera for a filmed portrait. When Mitchum passed away in 1997, Weber parked his beloved project and it was some time before he went back into his footage. Mitchum –who had run away from home ten times before he was 15, had been in prison, and was on a chain gang in Georgia–, made over 130 films, mainly as the tough guy in war movies, noir films and westerns. But he was also a great artist, very well read and wrote poetry. Nice Girls Don’t Stay for Breakfast (title from a Julie London song) is not only the portrait of a real bad boy with the soul of a poet, but it is also a film about the aging of a male sex symbol. Through interviews with Bob Mitchum as well as friends and admirers, musical numbers and archival footage, Weber tries to show the struggle of someone who spent his entire life still trying to run away from home.
Bruce Weber was born in 1946 in Greensburg, Pennsylvania. An internationally acclaimed photographer and filmmaker, he has photographed for most major magazines and has forty books to his credit. His work has been exhibited in over seventy gallery shows and museums around the world. His photographs are in the permanent collections of London’s Victoria and Albert Museum as well as in the Photography Division of the City of Paris.
Bruce Weber is equally acclaimed for his filmmaking and has produced a total of eight films: five feature documentaries and a selection of shorts. His first and second films, “Broken Noses” and “Let’s Get Lost” won Best Documentary awards from the International Documentary Association. “Let’s Get Lost” was nominated for an Academy Award for Best Feature Documentary in 1988. Weber has also directed music videos for Chris Isaak and the Pet Shop Boys, the latter winning Music Week’s “Video of Year”. He has directed commercials for Calvin Klein, Versace, Ralph Lauren, Abercrombie & Fitch, Banana Republic, Jil Sander, Volvo and Dior Homme.