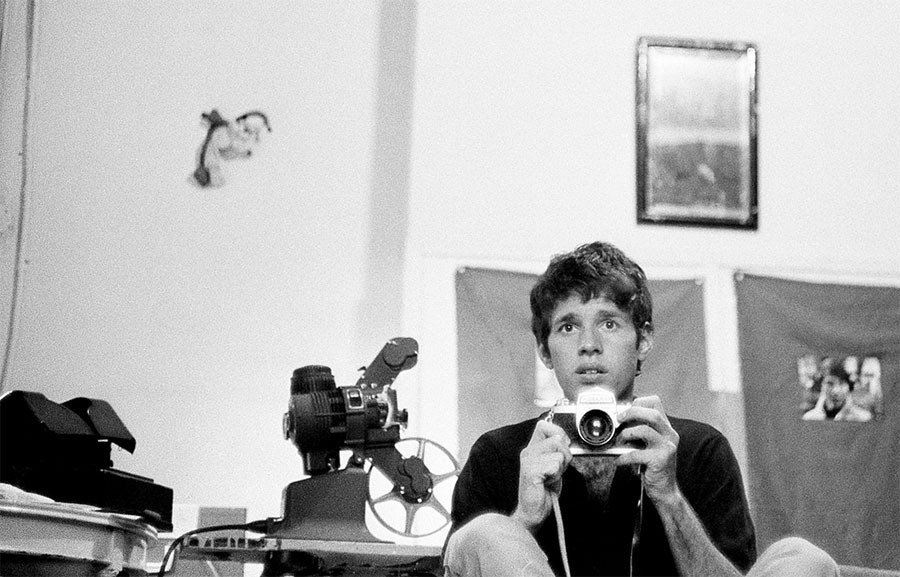 We are so glad to announce the main retrospective of Play-Doc International Documentary Film Festival 2018 is dedicated to Peter Emanuel Goldman. The director from New York made Echoes of Silence (1964) “the most poignant film ever made about the profound despair of the young”, according the critic Henri Chapier. Goldman was a celebrated filmmaker of the underground cinema praised by Susan Sontang, Jean-Luc Godard and Jonas Mekas and the only American link to the French New Wave during the sixties. Play-Doc and Cinémathèque Française are rescuing lost film “The Sensualists” and in addition the festival promotes a photo exhibition by Peter Emanuel Goldman.

Peter Emanuel Goldman (New York,1939) made several films in the sixties: Echoes of Silence(1964),Pestilent City (1965), The Sensualists (1965) and Wheel of Ashes (1968), filmed in Paris. Later he worked as a journalist and a writer of international affairs. He made one LP record with his songs in 1975. In 2015, he will present two new projects: the publication of his fnovel, Last Metro to Bleecker Street and his first personal photo-exhibition at ArtMedia Gallery, Miami.

In 1962, he began to practice straight photography while he was filming Echoes of Silence, his first movie. Simultaneously, he used his still camera to register the kind of life he shared with his friends and his perceptions of New York City, mainly of his neighborhood, Greenwich Village. For almost fifty years, his negatives were forgotten and kept in storage in the US and Paris. Play-Doc staff is honored to bring his pictures to Tui thanks to the collaboration of Art Media Gallery (Miami).