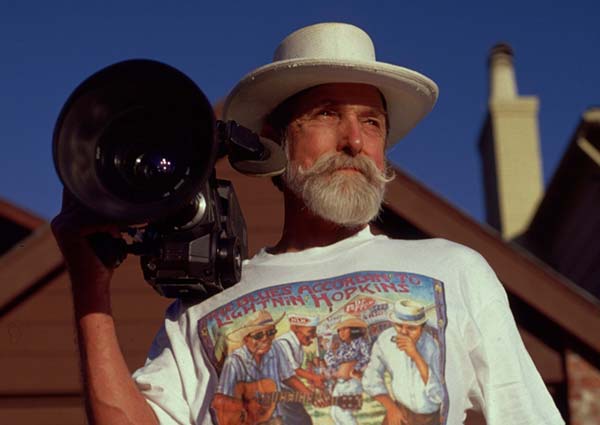 Until his death in 2013, Les Blank was among the most distinct filmmakers in American cinema. Though, given that music and musicians frequently formed the subject matter of his own lyrical, free-flowing documentary style, perhaps a better way to think of Blank is as a troubadour himself, wandering the weathered drifts of American folk culture with a camera rather than a guitar. He was a true original. Deep into his career Blank would drag a duffle bag of DVDs to sell at festival screenings. It would bring the cash he needed to pay for the next adventure. DIY distribution, old school.

Play-Doc is pleased as punch to be presenting this hot and spicy sampling of Les Blank’s early “music films” (he also made many films about food). And we have a very rare treat for you, a screening of Blank’s so-called “last film,” A Poem is a Naked Person (1974/2015), which until recently was rarely seen. As in most of Blank’s films, Poem is less about a single artist, here Leon Russell, than about the creative and social community that surrounds him. Shot over two years in the early 1970s, with the same fast and loose style as we see and hear in Leon Russell’s frenetic music and lifestyle, Poem is a mind-blowing time capsule direct from the weird, decadent last days of hippie America. It also rocks, with psychedelic American soul burned into every frame.

After graduating from school, Blank was making essentially industrial films for a few years. He finally quit to start his own production company, Flower Films. It was the Sixties. He would remain a staunchly independent artist until his death. Among his first films was The Blues Accordin’ to Lightnin’ Hopkins (1969), featuring one of the greatest blues guitarists of all-time. Here, in this very early work, we already see Blank’s trademark relaxed intimacy with his subjects, as well as his interest in showing the artist in his own unique world. The musical performances captured are extraordinary, as are the snippets of rural American life, here Texas, that captivate Blank’s curious, roving camera.

Another Texas blues guitarist, Mance Lipscomb, is featured in A Well Spent Life (1971). Lipscomb was sixty-five years old, a tenant farmer his entire life, when he was discovered and achieved fame as a master bluesman. Blank had met Lipscomb while making the Lightnin’ Hopkins film and found him fascinating. Indeed, Lipscomb, much like Blank, has a plain-spoken, poetic thoughtfulness about him. The music in this film is a raw, visceral revelation. “Night time, is the right time, to be with the one you love,” sings a lovesick Lipscomb, and it’s like you’ve never heard the line before. As always, Blank shares delicious meals and deeply personal conversation with Lipscomb and his family. A Well Spent Life is a loving, gracious look inside rural southern life in the deep American south of the late 1960s.

It’s in Always for Pleasure (1978) that we see Blank blending two of his favourite things, music and food, with a master chef’s nose, a composer’s ear, and a filmmaker’s eye. Shot around Mardi Gras and St. Patrick’s Day celebrations in New Orleans, Always for Pleasure may be the most quintessentially “Les Blank” film. It’s a pulsating tapestry of human joyfulness, spirit and expression, Cajun-style. “A simple, everyday, well-made meal,” is how one of the film’s cooks describes his fare. The same could be said for Les Blank’s filmmaking. His films are never pretentious, nor condescending, and are always brimming with the sensual pleasures of life. 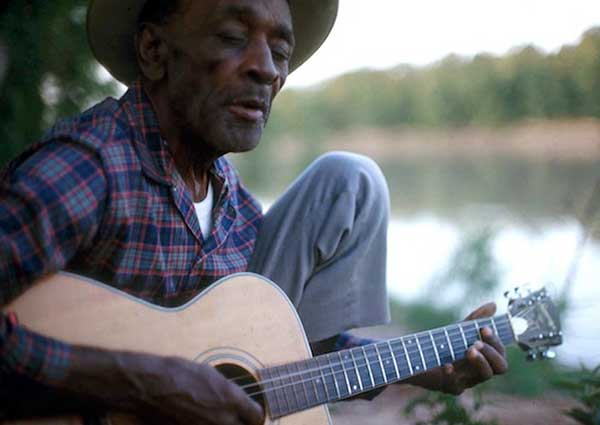 Many people consider Texas bluesman Mance Lipscomb to be the greatest blues guitarist and songster of all time. This glowing portrait of the legendary musician (also life-long husband and sharecropper) is among Blank’s special masterworks. Instead of growing bitter, tough times made Lipscomb sweet. This is reportedly the favorite film of Kurt Vonnegut, Jr. 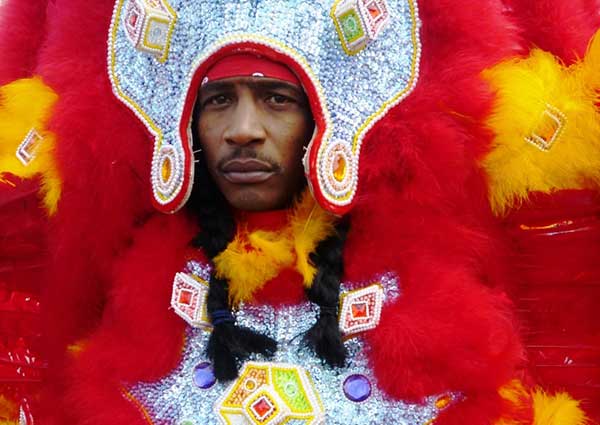 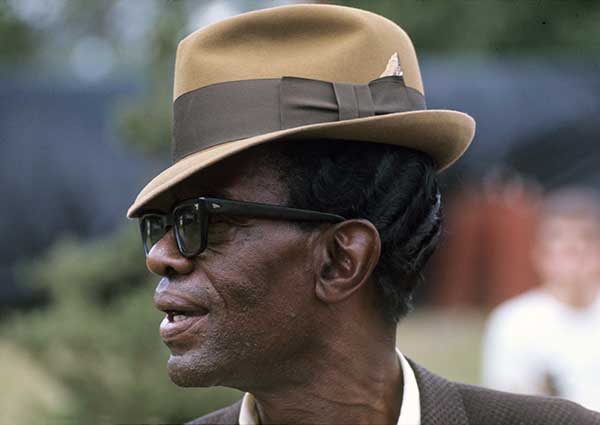 THE BLUES ACCORDIN’ TO LIGHTNIN’ HOPKINS

The great Texas bluesman Lightnin’ Hopkins is captured brilliantly in this deeply moving film. Blank reveals Lightnin’s inspiration, and features a generous helping of classic blues. The film includes performances at an outdoor barbeque and a black rodeo, and a visit to his boyhood town of Centerville, Texas. This powerful portrait is among Blank’s special masterworks.