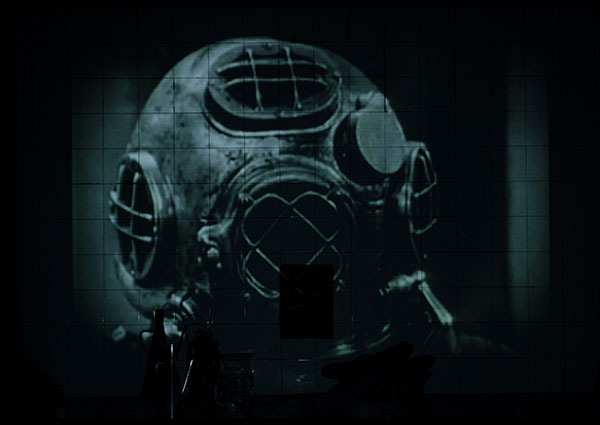 A light turns on. They are elusive and hard to see.
They inhabit where nothing exists. There. In the deep. 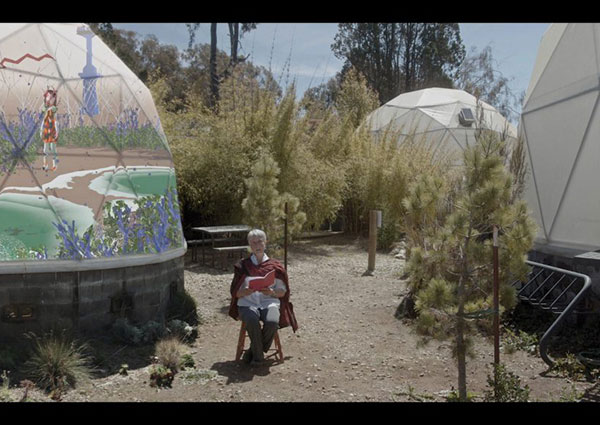 In Camille & Ulysse, the philosophers Vinciane Despret and Donna Haraway join their voices in this audiovisual piece based on two of their fables, The Camille Stories (published in Haraway’s Staying with the Trouble: Making Kin in the Chthulucene, 2016) and Despret’s Autobiographie d’un poulpe (Actes Sud, 2021). 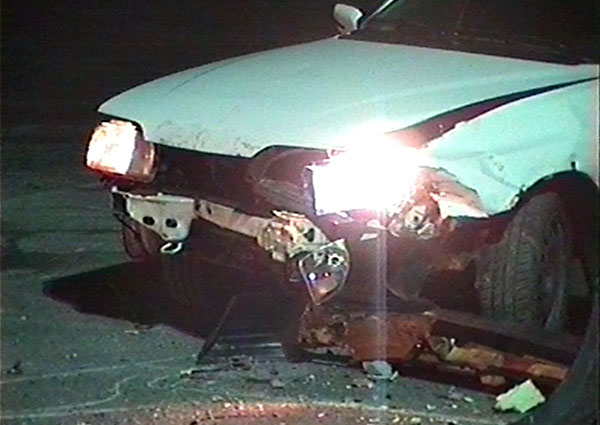 LET’S BE CAREFUL OUT THERE

A bunker refuses to disappear into oblivion. Its echoes reach Pamplona, the residual, predictable and automated world of Cosme, where one of his employees panics and flees, burning his wheels, as if pursued by a beast. 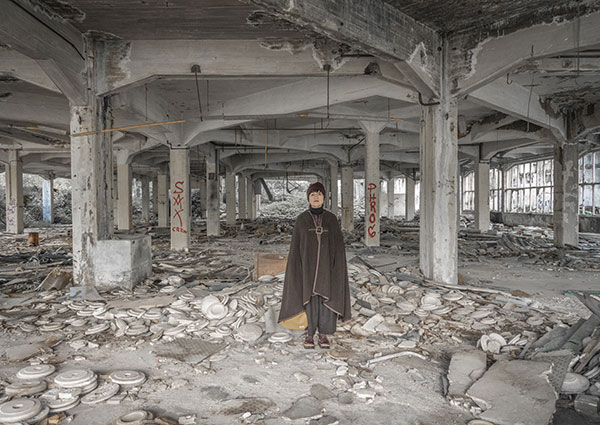 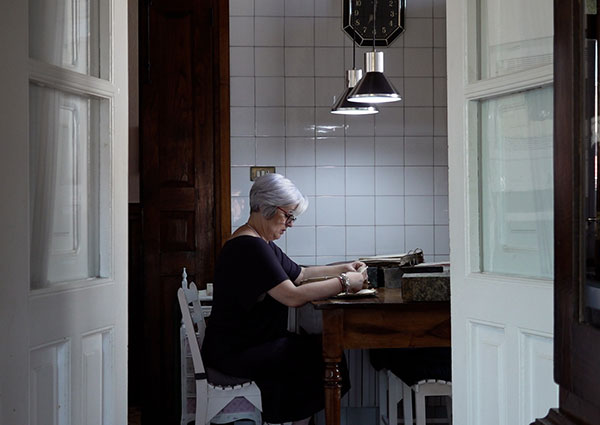 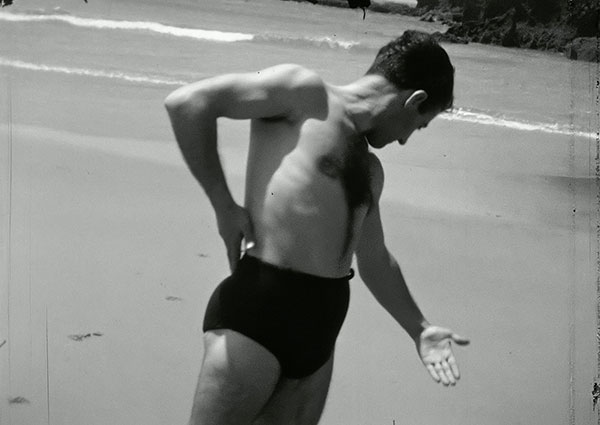 Overseas is a documentary made with images shot by families who lived in the colonies, provinces and territories under Spanish rule between 1940 and 1975. It is basically a succession of snapshots of the kind taken by people who move to another country and set up home there. The album flicks through the pages, and at times the screening stops and the editor rewinds, enlarges, analyses and looks for recurrent themes in the family material. What themes are repeated? How are Nature, work, women, or raw materials portrayed? What is the subject’s position in the frame? Is there some trace of the colonial element in the domestic images? 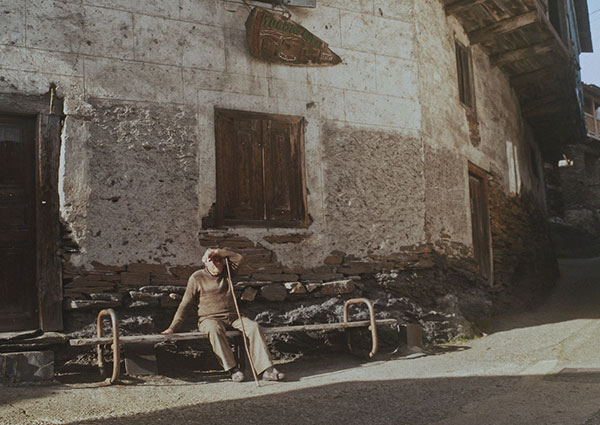 A village in rural Galicia. Some of the people still living there. The incessant search for beauty in everyday life, where nothing ever happens. Or does it? 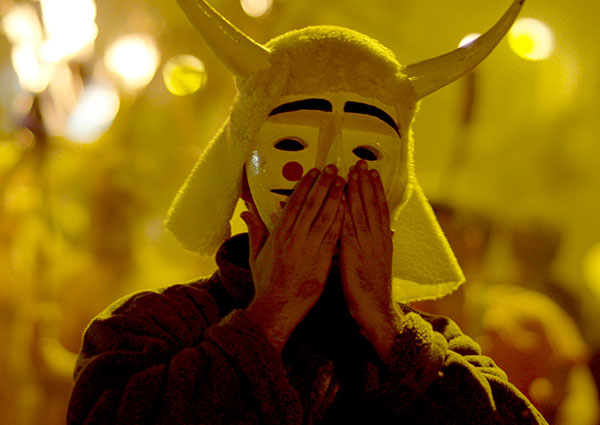 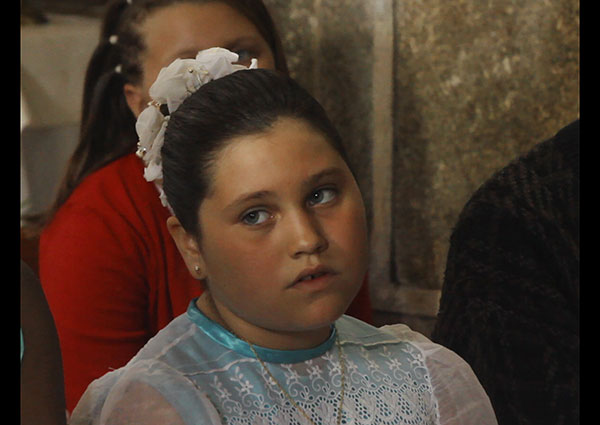 THE COMMUNION OF MY COUSIN ANDREA

Andrea had her First Communion. But the ceremony lacked glamour. For Andrea, things without glitter don’t count. The only problem is: does God exist? 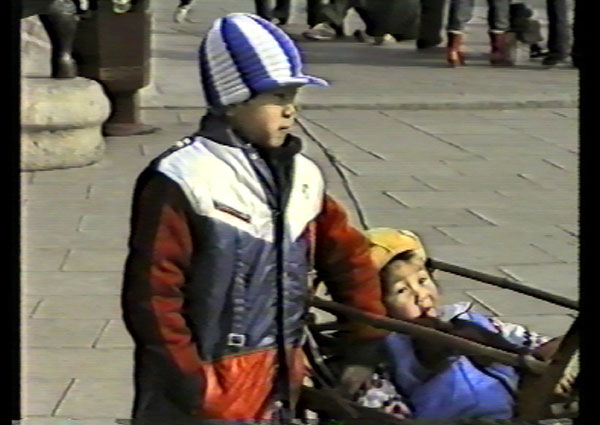 A reflection on the meaning of travel through images found by the filmmaker in an old chest, recorded by her grandmother in China one year before the massacre in Tiananmen Square. An intergenerational dialogue that reconstructs and reinterprets these found footage images through the eyes of a young filmmaker. 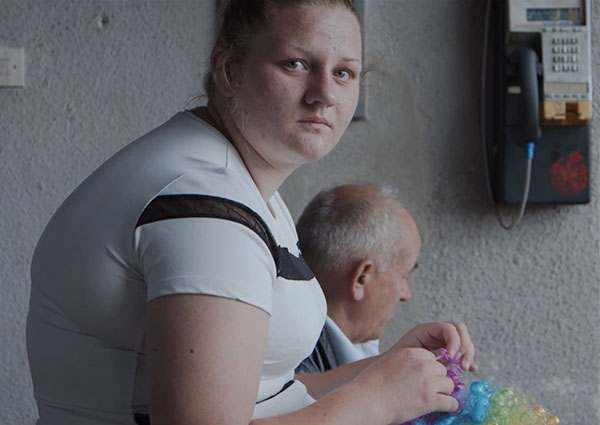 In Sarajevo, Mirsada and her daughter have survived for twenty-five years in a collective centre, awaiting a definitive accommodation solution that never arrives. In Georgia, hundreds of people displaced by the Abkhazia war are starting to receive the promised government housing in Tbilisi. However, it is hard for Dani, Gio and Vika, aged eleven, to accept they’ll have to separate and leave their neighbourhood where they grew up. And in Greece, Alia and Hussein – who fled the war in Syria – anxiously wait to be reunited with their daughter Zozan from Polykastro, a limbo that is not easy to escape.