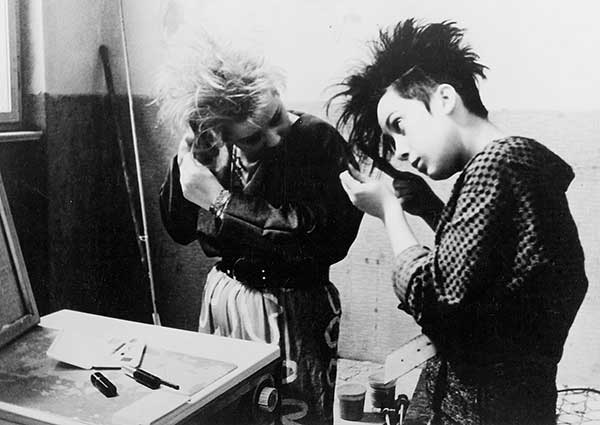 Shortly before the collapse of the GDR, Helke Misselwitz traveled the country by train to interview East German women of different ages and backgrounds. In this documentary masterpiece, women reveal their personal and professional stories, their frustrations, hopes and aspirations—and, in doing so, paint a portrait of a changing society. The landscape and architecture of East Germany, beautifully filmed in black-and-white on 35mm by Thomas Plenert, form the background to the stories. It challenged East German claims to have achieved gender equality and undermined the official image of women. At the same time, a new independence helped women talk more openly about their lives than had ever been filmed before. DEFA Film Library