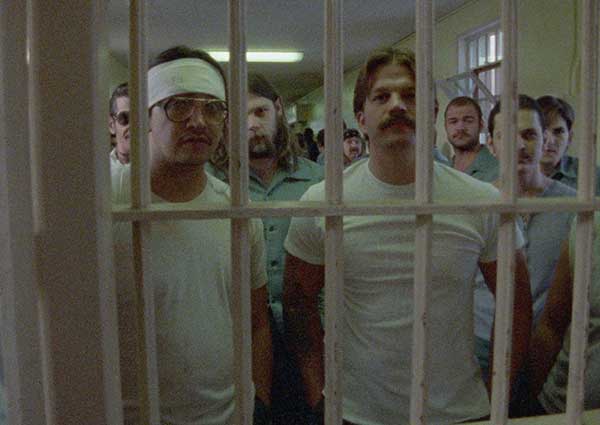 Lyon’s third film shot in Bernalillo, New Mexico and the final film with Willie Jaramillo. More explicitly concerned with the fate of his friend here than in either Little Boy or Llanito, Lyon enters the prisons and precincts where Willie or his childhood friends have served time, observing and interviewing him, his brothers, his fellow inmates, wardens, and anyone else in his circle of acquaintance, as if there might be a clue somewhere to the trouble that seems to endlessly and ruthlessly seek Willie out and take a hold of his fate.