Up the Lazy River 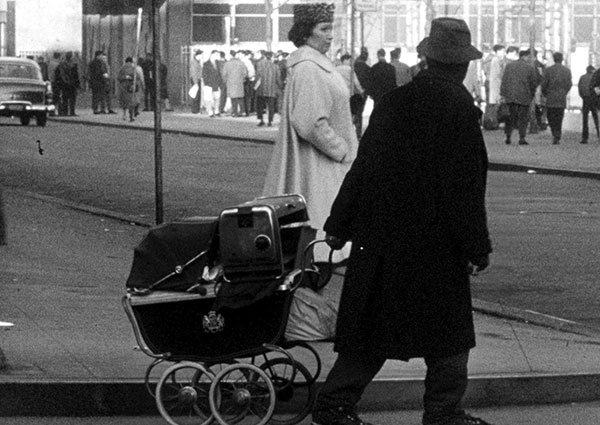 Crafted from the endless wealth of images filmed in 16mm on a Bolex by Kirchheimer and Walter Hess, Up the Lazy River is the conclusion of the triptych begun with Dream of a City and Free Time.  Beginning with paired images of boulders planted in the middle of the urban landscape and outside the city, the connection between the beauty of the city and the natural world begins to form. There are  modern skyscrapers above, and the horse-drawn carriages below.  The film is filled with motifs that Kirchheimer has made his own: the camera traveling majestically through buildings, pointing skyward, light reflecting off glass, sweeping through the streets filming storefronts and daily life, always with an uncanny ability to capture small moments between neighbors, and the faces of a metropolis, culminating to the ecstatic sound of Louis Prima and the peaceful sounds of the river.  Look close: you will even catch a glimpse of Manny himself.