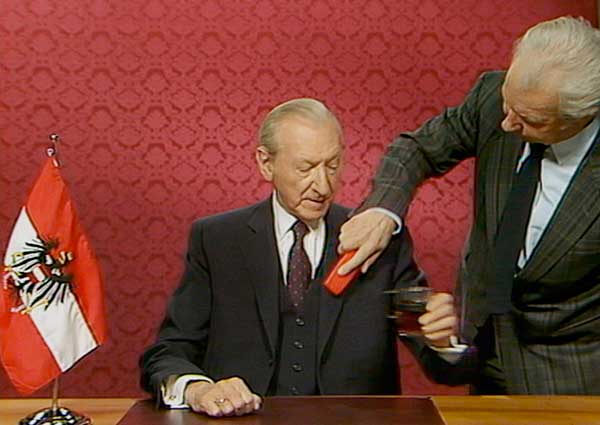 Lies. Truth. Alternative Facts. The film analyses the uncovering of former UN Secretary General Kurt Waldheim’s wartime past by the World Jewish Congress. Created entirely with Beckermann’s own footage archive and international TV-material, the film shows the successful use of anti-Semitism and propaganda and how easily emotions can be stirred up against others and used by populist politicians. The Waldheim Waltz sets the Waldheim affair in a bigger international political context, yet 30 years on, it is dauntingly timely.