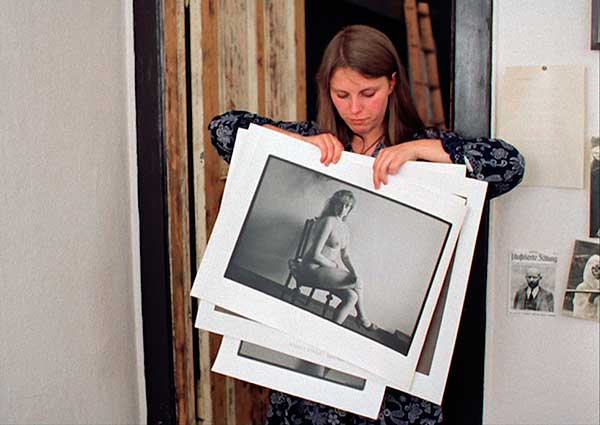 In this short, East German photographer Gundula Schulze vividly explains her creative process and talks about her desire to and concerns about capturing the whole personality of the women in her work. She sees her nude portraits, posed in social settings, as the antithesis of the usual, superficially erotic nude photographs. As of the late 1970s, Schulze’s innovative photo series were met with official disapproval because they captured and conveyed the loneliness, poverty and distress felt by some in East German society. This conversation with Schulze, filmed in color, is interspersed with black-and-white film clips of working women. DEFA Film Library