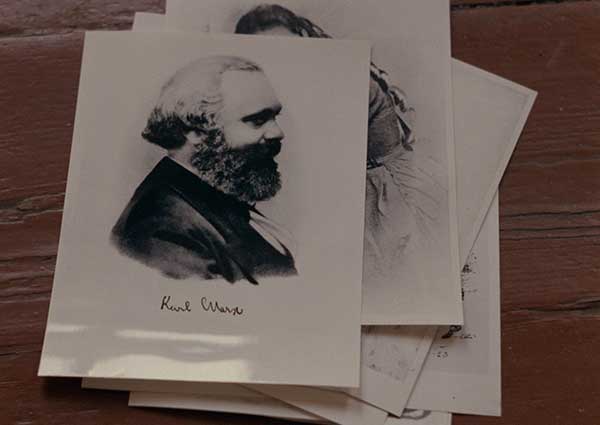 Filmed using an old hand-cranked Parvo L camera and radical montage strategies, this short is an experimental and alternative portrait of Karl Marx’s family and their poor living conditions during their long years in London. Original personal texts by the philosopher and his wife combine with historical photographs overlaying images of an abandoned East Berlin building. This short was produced to celebrate Marx’s 100th birthday in 1983, but officials did not find it worthy. It was released only five years later. DEFA Film  Library