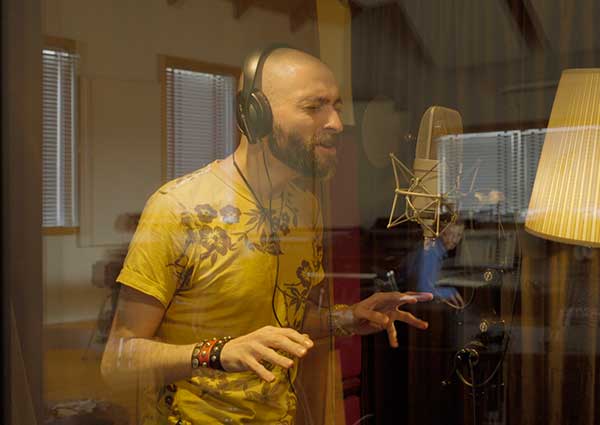 Erin Moure is a Canadian poet that found her Galician roots 20 years ago, changing her life and her work. In Iceland, Elías Knörr is a renowned poet. For years he managed to keep his identity hidden,now he explores new ways of creation. Iolanda is seeking her own voice since she discovered that some of her poems already existed in other languages. Nobody knows who Elisa Sampedrín is but she continues writing and influencing artists in different parts of the world 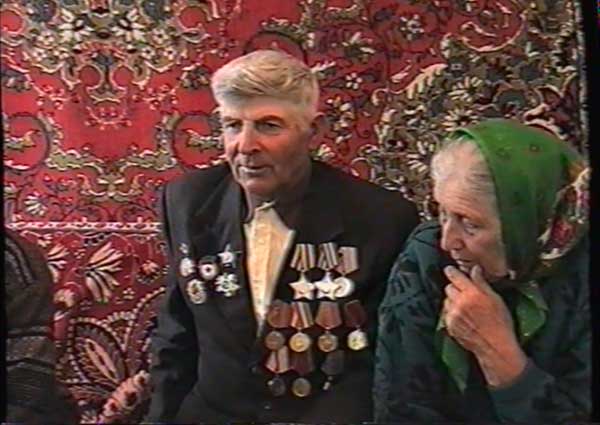 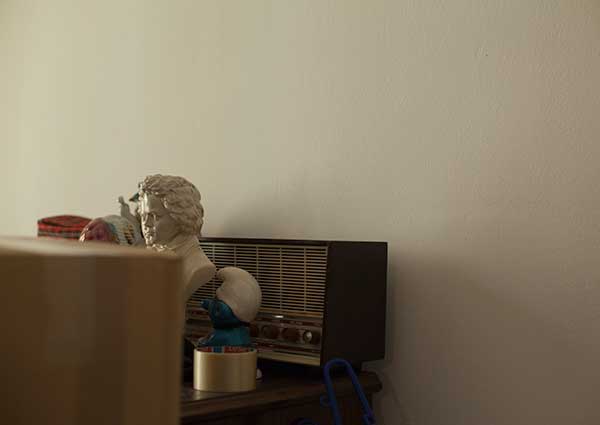 Echo’s voice was stolen and she was sentenced to repeat what everyone else said. Trapped, she decides to take shelter in a cave and to distance herself from human touch. 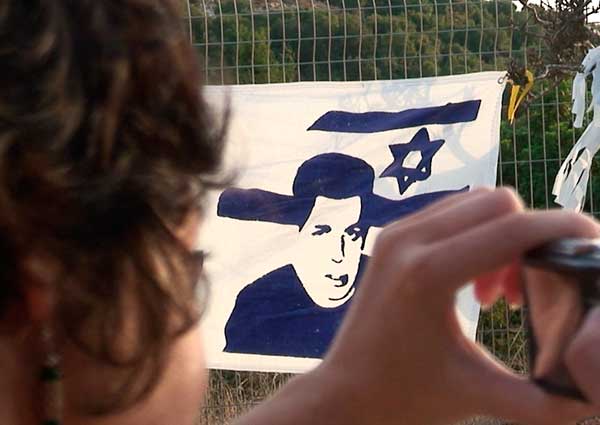 FREEDOM TO KILL THE OTHER’S CHILDREN

Gilad Shalit, a soldier of the Israeli Army, was captured in 2006 by the Hamas militia and kept prisoner for five years until his liberation in exchange of 1,027 Palestinian prisoners. This is the vision of the story from someone that experienced both sides and then revived it through the media. 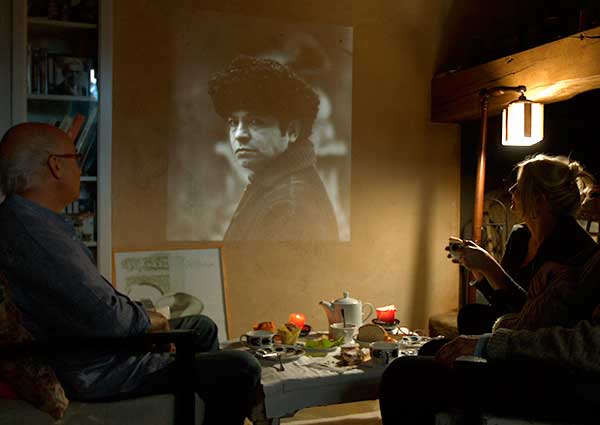 In February 2008, Carmen and Toño’s family receive a very surprising e-mail. Written by a distant relative, he has got in contact with them again after a forty-year silence. 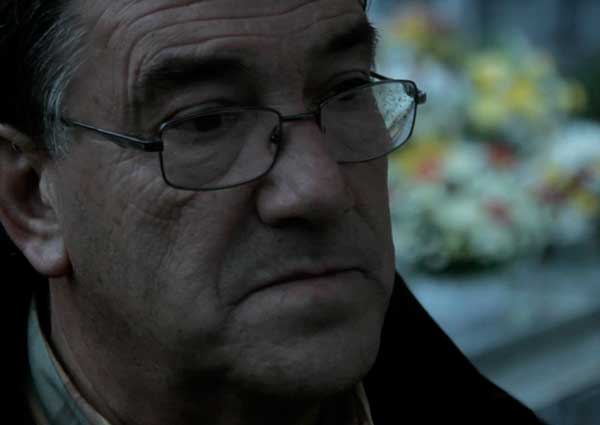 In 1992, the construction of the dam Lindoso (Portugal) forever flooded the villages Aceredo and Buscalque (Ourense, Galicia). Its inhabitants could do nothing to save their land and their homes. Knowing that everything was about to be lost, several neighbors took their domestic cameras and started to record.
Their footage, recorded since the mid-60s, compose a valuable historical and ethnographic evidence, colored by their subjectivity and their experiences. The footage is, at the same time, a demonstration of faith in the possibilities how home movies can register the time in which we have to live. Beyond the intimacy, there is revealed a portrait of the mechanisms how Power is acting. The tension between the existential and the political, between past time and present reality, determine a story that projects in multiple ways beyond itself. 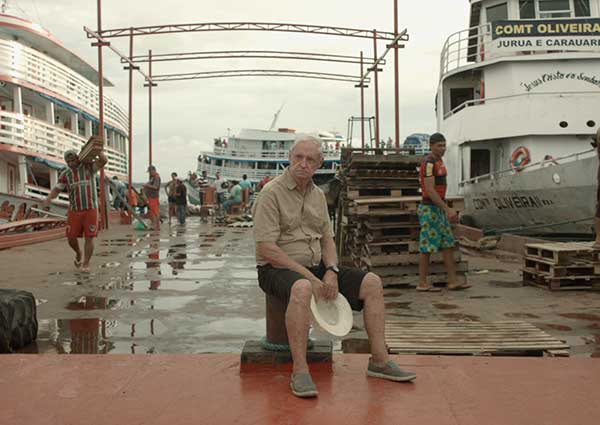 The city spreads and devours the jungle. At the same time, the city’s ruins host another jungle, a veritable internal memory. The question of the frontier arises. What delimits one space from the other? 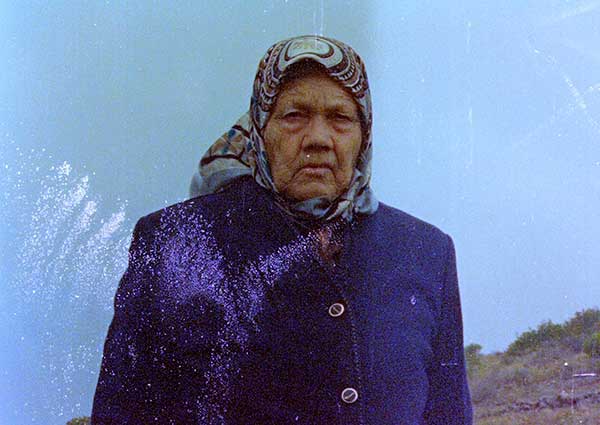 Since airplanes did not exist, people moved around using prayers. They went from one land to another and returned early, before dawn. In old audio recordings, the voices of pastors speak of the mythical existence of witches and their travels. In the daily life of a woman the magic of her tales begin to materialize as night falls. Night is the time when travel is possible. 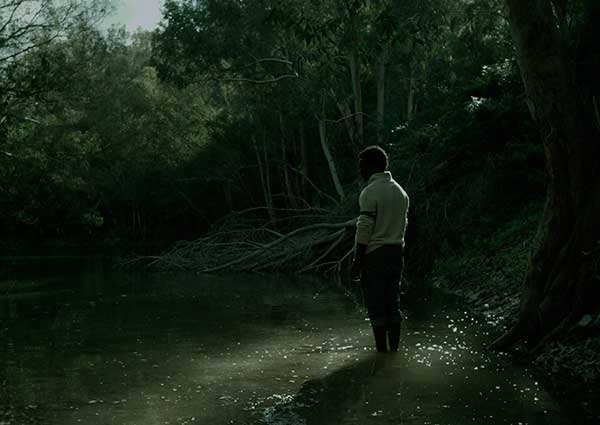 The cinema of the diaspora and Galician identity

No real division can be made between what is Galician and what is “international.” And one does not need to draw on concepts such as “glocal” to understand this. A dichotomy between Galician and “universal” culture can only be false in a country which has been marked by emigration. Right up to today. That is why it is no coincidence that one of Galicia’s most original contributions to world cinema consists of the “correspondence films” that were made between 1910 and 1960. Stacks of film cans ordered by Galician associations in America travelled on the same ships which took emigrants out and brought others home. It is equally no coincidence that Carlos Velo became the person he was after he left for Mexico.

The cinema made on this and the other side of the sea considered emigration from different perspectives. Before 1936, such films would often contain quaint, picturesque depictions. Franco’s dictatorship later ensured that the emphasis was placed on the cliché of the emigrant who strikes it rich. In the Americas, films ranging from the correspondence type to straightforward entertainment productions which perpetuated the stereotype of the Galician farmhand also contributed to the popular image of the Galician people. The end of the dictatorship brought new visions to the fore. In the 1980s, Chano Piñeiro filmed Mamasunción and Sempre Xonxa. With these and many other films, the tradition of a cinema focused on emigration was maintained, and it has continued to flourish with the Novo Cinema Galego, or New Galician Cinema, with films such as Xurxo Chirro’s Vikingland or Alberte Pagán’s Bs As for example, and also in the shape of contemporary productions.

Meanwhile, filmmakers of the standing of Oliver Laxe continue to carry out their projects in other countries. Yet if there is something which characterizes more recent visions, then that is the (relative) lack of dramatization of the diaspora, along with the abandonment of the usual stereotypes. Evidence of this can be found in Eloy Domínguez Serén’s filmography. No Cow On The Ice communicates the frustration of a generation expelled once more from their homeland. Yet it is also a record of the process of adaptation, of the fact that our experiences are a source of growth. A imaxe reb/velada, by Andrea Vázquez and Damián Varela, speaks of the right to memory, of the resignification of the life of Baldo Pestana, the great portraitist. Contrafaces, by Fon Cortizo, is also an investigation into creativity, and one based on conceptual pairs, such as identity and authorship. Yet what is essential to it is not the author’s identity nor the circumstances of his life, emigration included. It is the work itself. It does not matter which is the copy and which is the original. These are false dichotomies, just like the one which separates our culture from those which are “universal”. The identity of the people of this place cannot be understood without an acknowledgement of the Other and within the Other. Until a moment comes when the notion of “us and them” no longer makes sense.