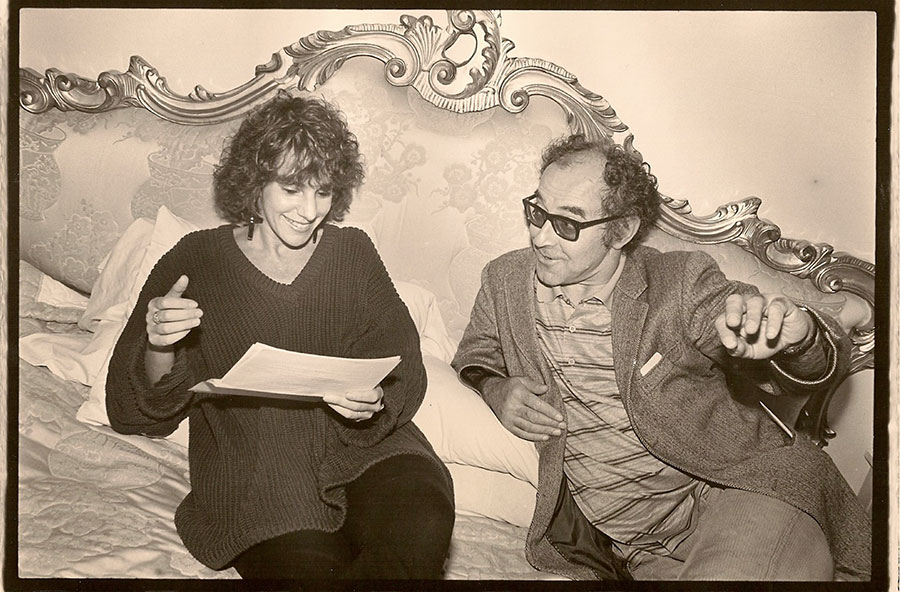 All films are documentaries of their own making, but Bette Gordon’s run of films from 1974 to 1983 document the emergence of a new era in radical filmmaking. Gordon was still a student in 1974 when she began collaborating with James Benning in Madison, WI. Their first collaborations, Michigan Avenue (1974) and I-94 (1974), use a structuralist approach to portraiture. In Michigan Avenue three short shots are drawn out through an optical printing process where each still frame was rephotographed 60 times and then dissolved into the next. As the scenes become progressively more intimate, the sound track becomes more abstract and the subjects less scrutable, culminating in a woman slowly rolling off the bed while her lover watches unmoved. I-94 explores similar thematic and technical terrain, using optical printing to alternate images of a man and woman so that they appear to be walking toward each other. Their overlapping dialog increases the sense of alienation: two people talking past each other, in the same place but never in the same frame.

In “Bette Gordon: I Like To Watch”, an interview for the Criterion Channel, Gordon discusses the influence of Michael Snow on this early work: “What is a story even? Does a story have to be in front of the lens? Could it be around it and beside it?” Gordon and Benning’s work fuses the playfulness and precision of structuralist strategies with the more straightforwardly political. In I-94, the man and woman talk about their gendered experiences in work and life; in The United States of America (1975), the third and final collaboration between the artists, a fixed camera mounted in the backseat of a car captures the American landscape as snippets of radio take the temperature of the country from New York City to Los Angeles. Shot in 1976, the radio captures a steady stream of AM Gold, punctuated by news reports on the end of America’s involvement in Vietnam, the kidnapping of Patty Hearst, and the celebration of the country’s bicentennial.

Gordon and Benning rigged a Bolex to the back seat in such a way that the entire car essentially became a camera. They drove across the country maneuvering the windshield to frame whatever they wanted the camera to see. Now, nearly 50 years later, the soundscape is the star of the show, but Gordon and Benning are silhouetted in the foreground of every shot: shifting in their seats, communicating with a point or a nod as they operate their car-camera, and gazing out the window. It’s a film that foregrounds its making, but Benning and Gordon’s active roles as filmmakers are coupled with their roles as passengers: avatars for the audience as the sights and sounds of 1976 wash over them.

The United States of America is the ne plus ultra of the American road movie, complete with great tunes and desolate desert landscapes. Breaking a genre down to its essential components echoes the structural parameters Gordon and Benning imposed on their earlier work. In Gordon’s solo work, this interest in genre motifs and more traditional narrative structures took hold. You can see Gordon developing her new vernacular in 1980’s Empty Suitcases. As in the earlier work, there is a focus on people in their environments, but Gordon pays special attention to the way women create their spaces and their selves: the music they play, the outfits they try on, the way they move in their homes. Several women perform as a single fractured protagonist, trying to get a hold of the ever shifting circumstances of their lives: relationships slowly ending, political solidarity and upheaval, and creative uncertainty. Their attempts to unify and make sense of a life are cast as a sort of spy thriller, with cataclysmic and definitive action hinted at from the start.

There is an interiority to the figures in this film that is unlike the Benning collaborations. Gordon plays with the tension between the women’s narration and their physical presence, eventually allowing them to embody their inner world. As one slide says, “That old feeling erupted again. The dislocation between her sense of self inside and her behavior outside. Clear and undeniable. I felt as though I could never bring them together.” While EMpty Suitcases and her other previous work took an experimental approach to representing women on screen, in 1980, Gordon made Variety, her most narratively conventional film to-date. Laura Mulvey’s Visual Pleasure and Narrative Cinema was published a year before Gordon made her first film, and it seems impossible not to talk about how her work relates to the massive public discourse around the representation of women that ensued over the following decade.

Variety (1984) employs a Hitchcockian plot that involves a young woman taking a job in the box office of a porn theater and becoming increasingly obsessed with following one of the theater’s patrons. In Empty Suitcases and Anybody’s Woman (1981), a companion piece to Variety, Gordon captures a downtown bohemia populated by fascinating women (each film is a veritable who’s-who of contemporary artists), but Variety shows the way that this niche is enveloped by a world of men that is largely unaware of any utopian impulses in downtown New York. In one scene Gordon alternates shots of the man Christine has been following as he meets with business associates all over town, sealing their relationship with a handshake each time with a static shot of Christine on a massage table as she engages in a meditation that puts her in closer contact with her own body. This scene is a turning point in the film, Christine emerges from that session with the wherewithal for confrontation; however, the film ends on an inconclusive note. Gordon has flipped nearly a hundred years of film grammar to create a female character on screen who isn’t just watched, but one who likes to watch, a real voyeuse. Once a woman has gained the power to  become the beholder instead of the beheld, the next question is obvious: what do you want to do with it? As Christine says in the final moments of Variety, “I don’t exactly know that right now, but I’ll know when I see you.” 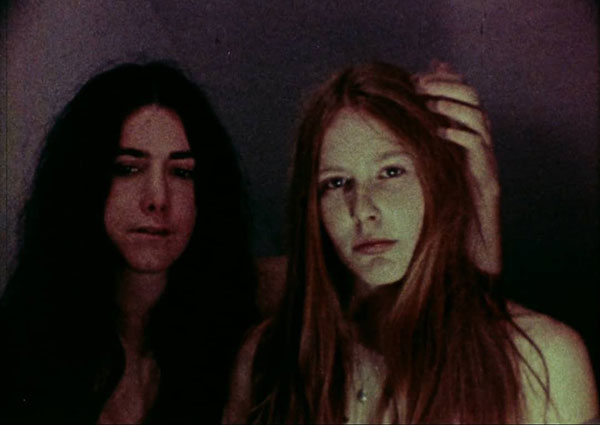 A narrative film concerning an investigation of two women in time and space, to the point where the investigation becomes the narrative. An analysis of phenomena of perception of movement. 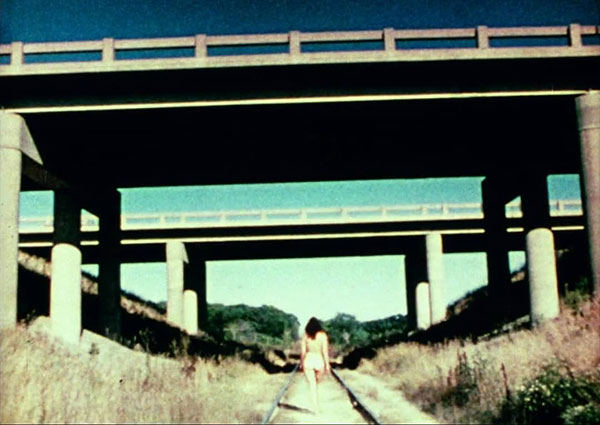 Intercourse between two people who never appear on the screen at the same time. An exploration of sex and male/female identities. 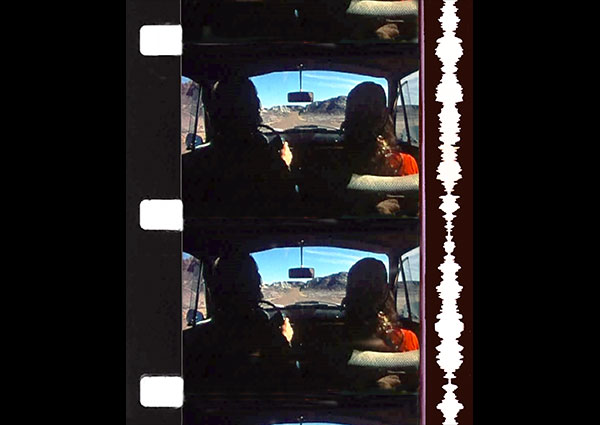 The United States of America

Preserved with support from The National Film Preservation Foundation.
A true masterpiece of 70s cinema, more remarkable today then ever before. A conceptual bicentennial film dealing with spatial and temporal relationships between two travelers, their car, and the geographic, political, and social changes from New York to Los Angeles. The space within each frame is at the same time continuous and elliptical. 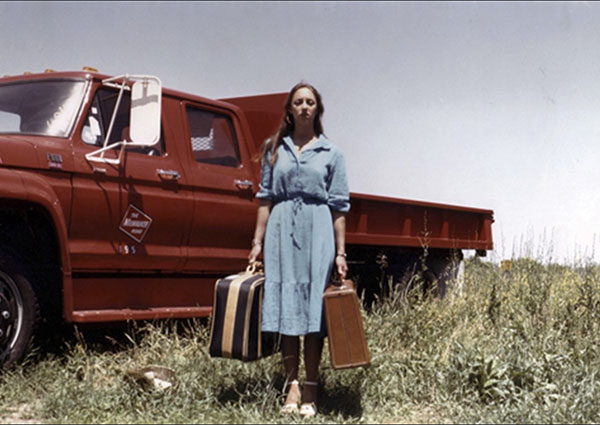 A narrative derived from film’s own material and an exploration of issues relating to representation and identification in cinema. The film presents fragments of a woman’s life – her work (as a photographer), her friendships and relationships – in short, her economic, sexual, and artistic struggles. By deconstructing the fragments of text, speech, music, and picture, the film problematizes the way in which cinematic language structures point of view. 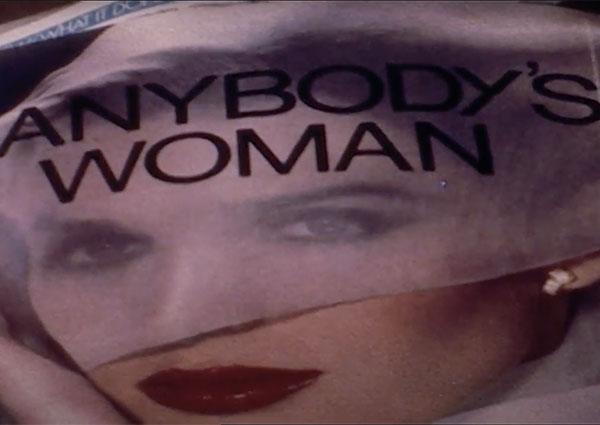 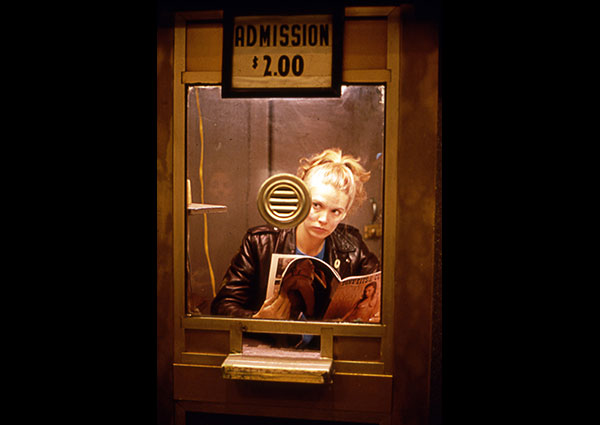