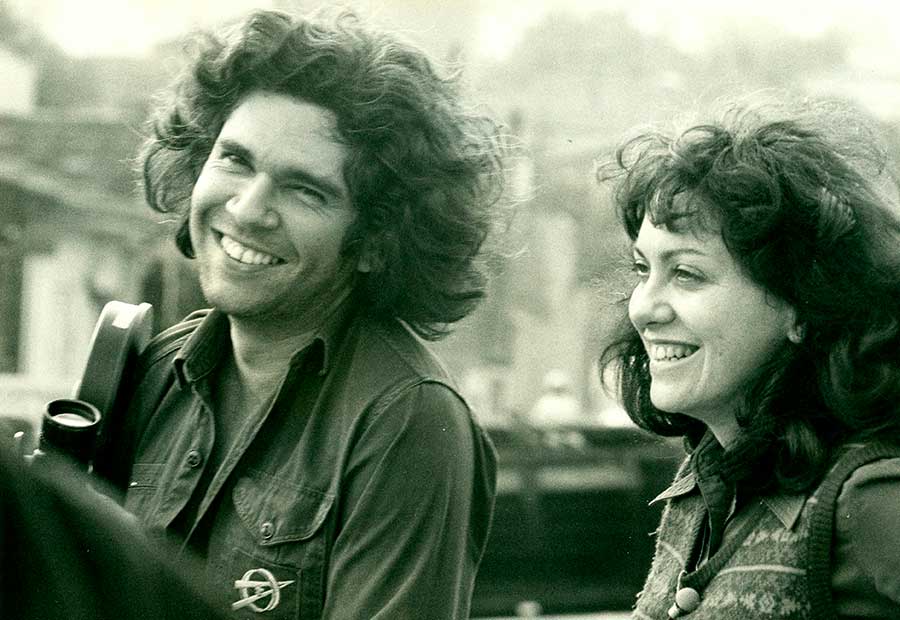 I met Aloysio Raulino in the late 1980s, when I started studying a social communication and cinema course at ECA-USP (Escola de Comunicações e Artes, Universidade de São Paulo). At that time, feature film production in Brazil had been stopped by a decree from the then president of the country to liquidate the state cinema company EMBRAFILME. This brought film production in Brazil practically to a standstill.  Even though there was no prospect on the horizon of film production beginning again, our course continued as if nothing was wrong. We watched and fiercely debated hundreds of films, mainly rare pieces on 16mm and 35mm film which belonged to the department’s own holdings.

Of those films, I remember having access to some which, apart from being in a rather precarious state, formed part of the unique oeuvre of one of our lecturers, Aloysio Raulino. They were short films: strange documentaries which were very different to those which I many other students saw as typical of Brazilian film production in the 60s and 70s, characterized by a socially committed, omnipresent and didactic narration.

Today, I have changed my mind about several films that I rejected at that time. But there is no doubt in my mind that those short films made by Aloysio Raulino were what aroused my interest in documentary films. The strange thing was that his films did not say anything specific to me – rather, they provoked me. Instead of teaching me, they made me think, question things, want to find out more. They led me into impassioned and extremely enriching debates. In a very peculiar way, I felt that that the mystery present in Aloysio Raulino’s short films revealed to me that the search for reality was an urgent one. And that in this search we should not just use the gaze of reason, or ideological weapons. His short films made me see that cinema should not exhaust its themes with the cold clarity of objective data or with the precision of its rhetoric. I came to understand that the kind of cinema that I found interesting was that which could leave doors open, gently inviting the viewer to take part in questioning the issues at hand.

I can now see Raulino’s masterful skill in making films which were so apparently simple and yet so admirable: much rigour was employed in achieving this simplicity. Seeing them again now, I can perceive the clear decision-making and precision of a true maestro. And like all the greats, he was a master in finding the link between life and art, leaving traces of his intelligence and sensitivity to point the way for the viewers’ own sensitivity and intelligence to follow.

Over the course of his career, Aloysio directed dozens of films and videos which all carry the indelible mark of his cinematic and artistic personality. Poverty and need are present in practically all of them – just as misery is equally notable for its complete absence. For his gaze and his camera only showed the dignity of the people he filmed, even when the surrounding context was so adverse, so eloquent and so revealing of the underdevelopment of Brazil.

All of Aloysio’s work demonstrates his nobility in looking deeper, in rejecting the facile, the obvious, or the self-indulgent. He never used cinema to support preconceived ideas. On the contrary, he set out to face the Other, leaving himself open to being shocked. Camera in hand, there were so many times that he portrayed the appearance of pleasure, rather than pain, at the most unexpected of moments. At those moments in which other directors, taken by surprise, would have stopped filming, he took a step forward and kept rolling – being unshaken in his view that life was not life without total freedom for pleasure.

After my education, I was fortunate enough to work alongside him in different projects and become good friends with him. Those years of companionship helped me to understand what he achieved better still: an invaluable contribution made by a unique and precise eye in a world full of excess. Aloysio stopped investing in projects he directed, but was extremely happy to be the director of photography of films by young and first-time directors. In this way, day after day, with his talent and humanity, Aloysio Raulino kept on taking the time to show us how to refine our way of looking at the world and that we should never separate emotion from the intellect and ethical concerns under any circumstances.

Paulo Sacramento is a film-maker and partner of Aloysio Raulino on the films O Prisioneiro da Grade de Ferro (auto-retratos) and Riocorrente. 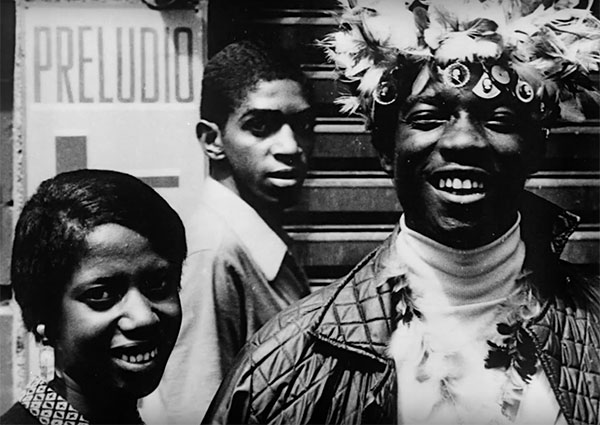 The São Paulo street carnival: the decorations, the samba schools, the associations, the dancers, the ecstasy. Shot in black and white, it has a soundtrack made up of classic samba pieces. 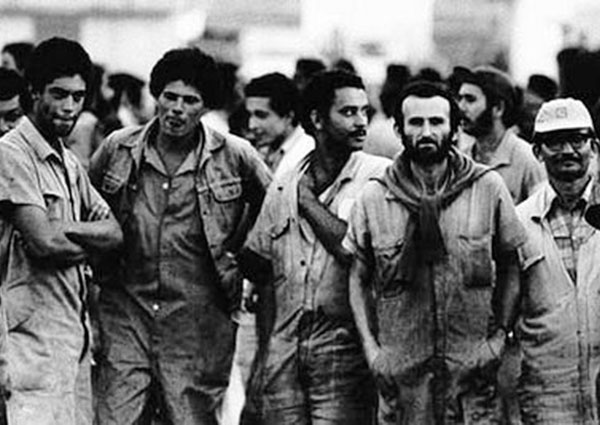 Documentary that addresses the election of the metalworkers’ union of São Paulo in 1978, demonstrating the authoritarian actions of the government in the internal issues of the institution. 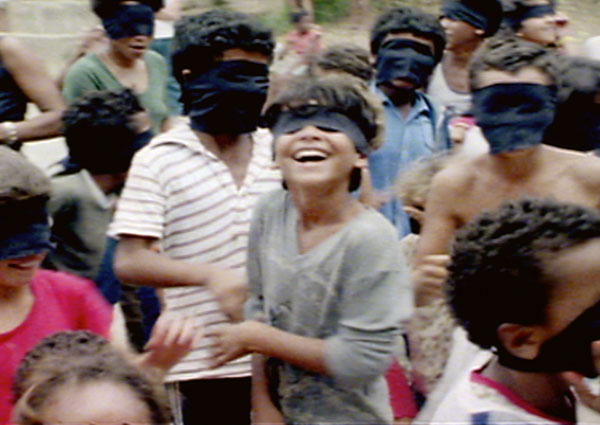 Deutrudes Carlos da Rocha, 24, from Bahia, black, and illiterate: he lives in São Paulo and earns a living washing cars.  As he tells us his story and picks up the camera, Deutrudes makes us experience his life and his vision of the world. 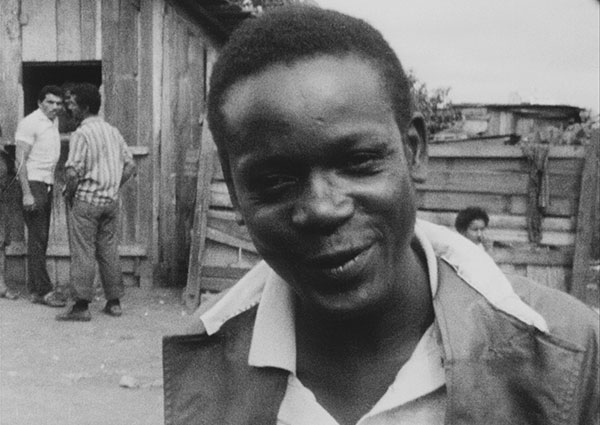 The area surrounding the newly-opened Marginal Tietê, a major motorway in São Paulo: slums, factories, and wasteland. But most importantly, the people who live there. 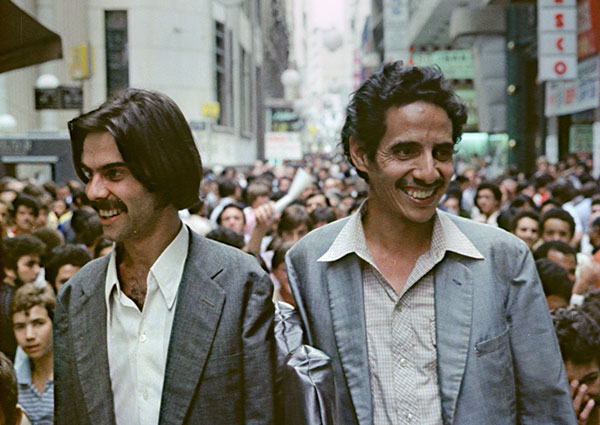 Rosendo left his small home town, in the interior of Paraguay, to try out life in the capital, Asunción. From there, he travels on to São Paulo, where he stays with some compatriots, When he returns to Paraguay, he finds a much changed country. 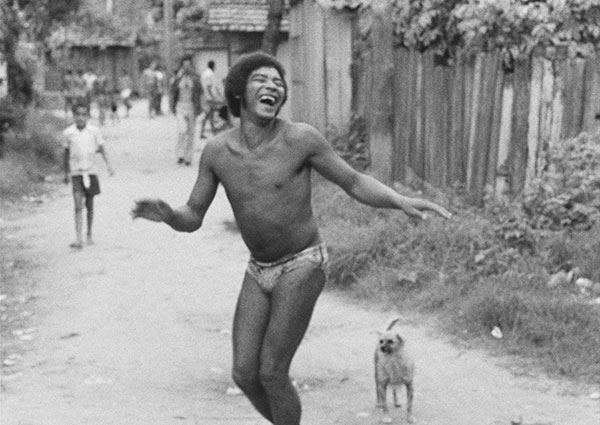 The landscapes and people of the port of Santos, the biggest in Latin America, are combined with a poetic vision of work there and the bohemian nights at its docks. 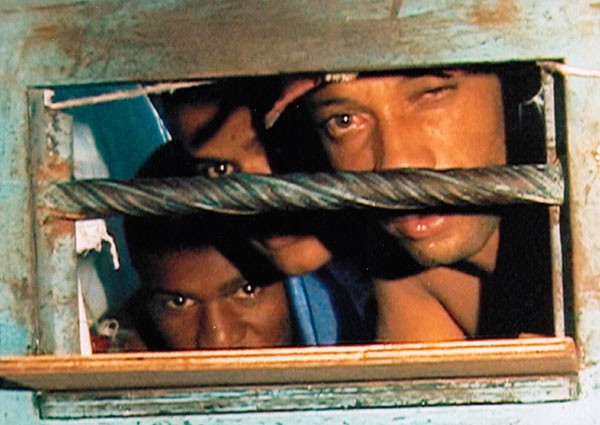 The Brazilian penitentiary system seen from inside: one year before the demolition of Carandiru House of Detention, inmates learn how to use video cameras and start recording daily life inside the biggest jail in Latin-America. 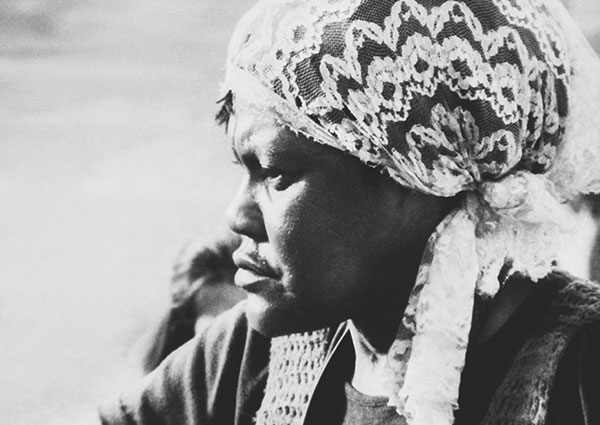 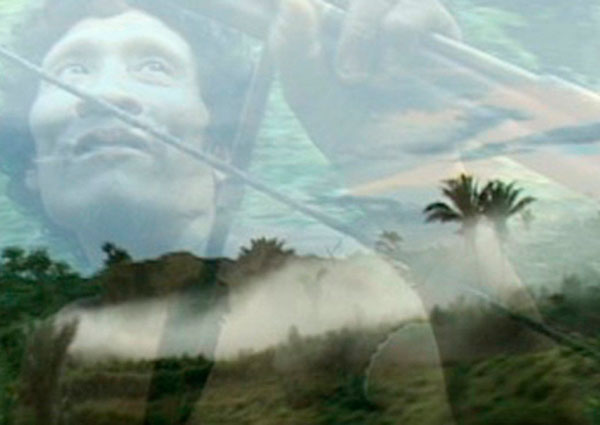 Having escaped the massacre of his Awá-Guajá community in 1978, Carapiru wandered alone for ten years until he was found 2,000 km from his starting point. Andrea Tonacci, together with Carapiru, reconstructs this journey and interweaves this re-enactment with archive footage. 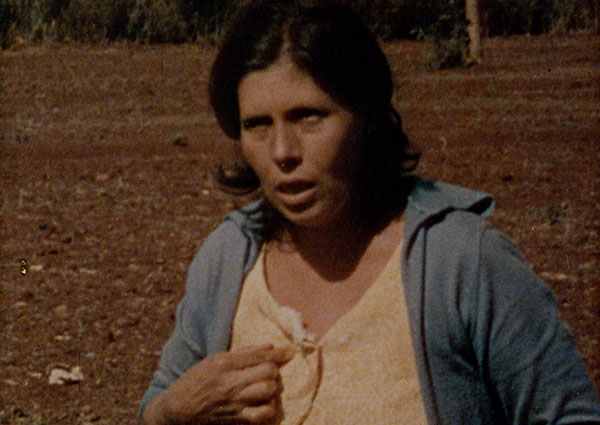 A hard-hitting statement on education and working conditions in the countryside, which denounces the roots of the exploitation and miserable state of the peasant population. 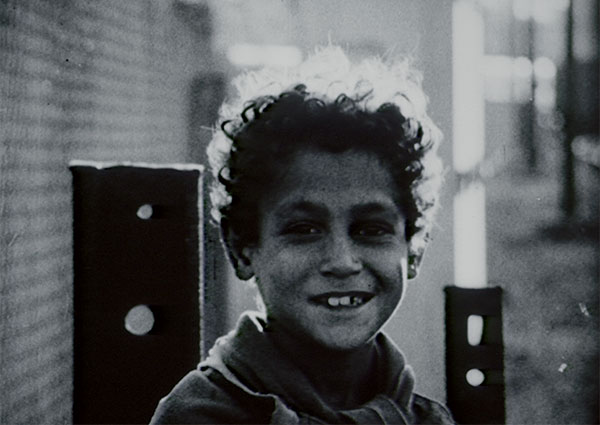 Abandoned when he was a child, Arnulfo Silva tells us of his difficult childhood, during which he which he suffered all kinds of hardship and humiliation.